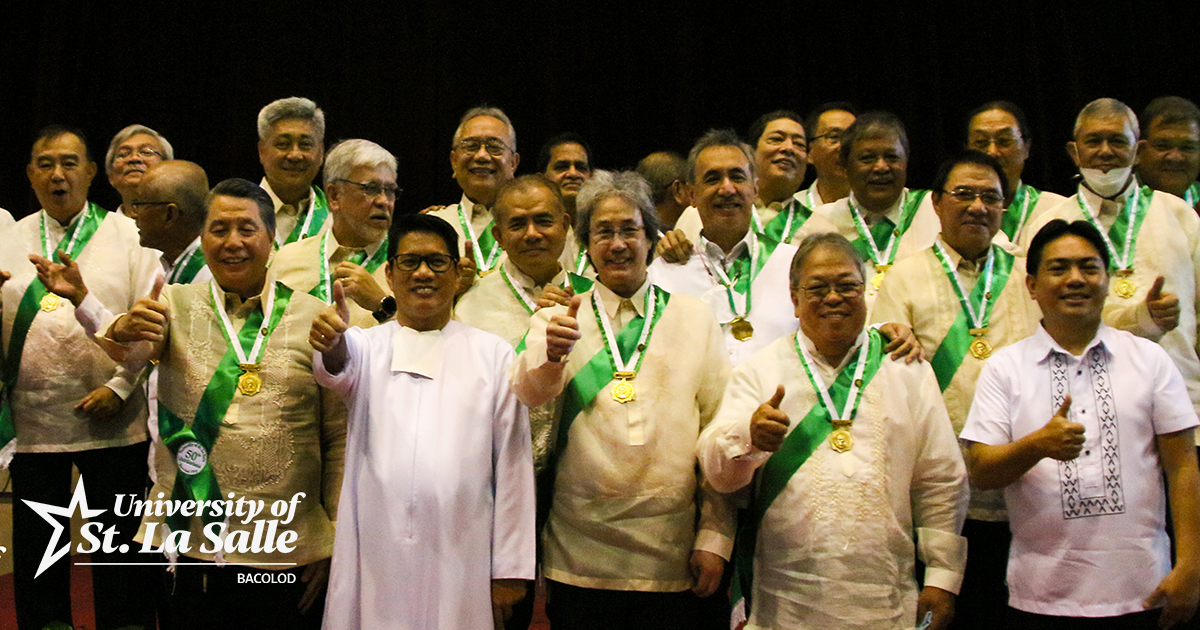 The University of St. La Salle held Special Honoring Rites for Golden Jubilarians of Class 1970 and 1971  in the presence of the Lasallian community at the St. La Salle Coliseum on Dec. 2, after face-to-face recognitions were hampered by the pandemic during the last two years.

In his address to the honorees, the Brother President emphasized the importance of paying tribute to the alumni who all have contributed greatly to the success of the institution today.

“So many of you have contributed to the community, the province, to your cities and families in so many ways, both small and big. Truly, I am grateful for the Lasallian alumni,” Br. Martinez, FSC said.

In response, Manuel Parroco of College ‘71 gave a speech highlighting that the celebration of their golden jubilee is an opportunity to reflect on the moments and memories that made La Salle special.

“We are rejoicing this memorable moment of celebrating 50 golden years since we graduated from grade school, high school and college of our Alma Mater, La Salle College Bacolod,” Parroco said.

A tribute was also given to the dearly departed jubilarians and those who were not able to join the occasion. Family representatives were given Lasallian medals on their behalf.

Prior to the honoring rites, a eucharistic celebration took place with University Chaplain Fr. Jerryvel Celestial officiating the Mass.

The Special Honoring Rites was organized by the Center for Alumni Relations and the Institutional Events Committee.