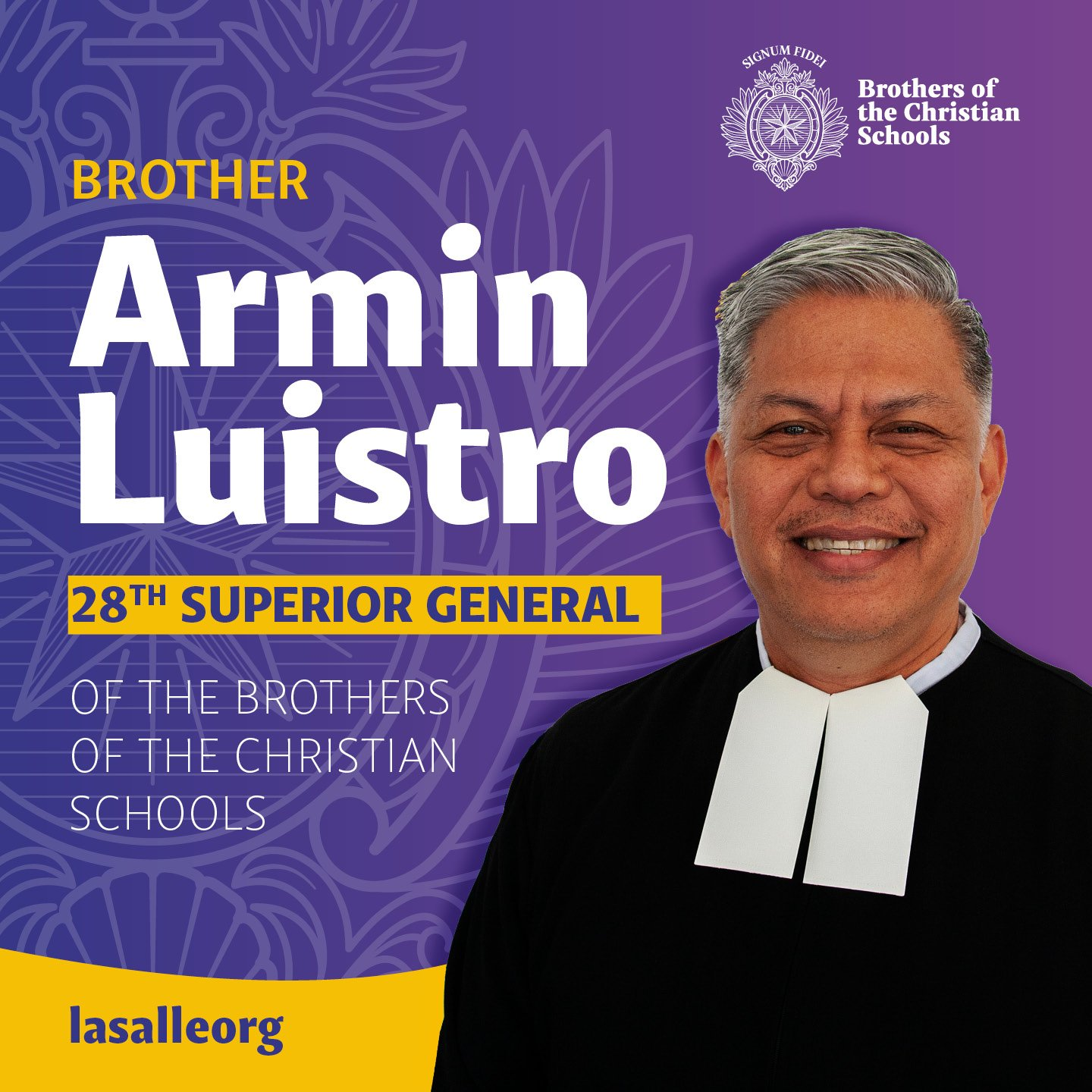 Brother Armin Altamirano Luistro, FSC, was born on 24 December 1961. Luistro joined the La Salle Scholasticate (the academic training centre of the Brothers of the Christian Schools) in Manila in April 1979, while studying at De La Salle University (DLSU).

Brother Armin started his teaching career at De La Salle Lipa in Batangas, where he worked as a religion teacher, class counsellor and campus minister from 1983 to 1986.

Brother Armin brings with him more than 34 years of experience in both the private and public sectors. He was Secretary of the Department of Education from June 2010 to 2016. Previously, he led De La Salle University, where he was President from April 2004 to June 2010.

In previous years, he also served as President of the De La Salle University System and several other La Salle schools. From 2017 to 2019, he returned to serve as President of De La Salle Philippines, the network of La Salle schools in the country. He is currently a board member of the Philippine Business for Social Progress (PBSP), the largest business-led non-governmental organisation in the country. In May 2019, he was appointed Brother Visitor of the Lasallian District of East Asia.

Brother Armin has also held various positions in other governmental and intergovernmental organisations, such as the Advisory Council of the National Youth Commission (NYC), the UNESCO National Commission of the Philippines and the South East Asian Ministers of Education Organisation (SEAMEO).

He has also been an active member of the Philippine Council for NGO Certification (PCNC), the Knowledge Channel Foundation, the Philippine Business for Education (PBEd) and the Sidhay Foundation for Street Children.

Br. Armin Luistro FSC is a Graduate School Alumnus of the University of St. La Salle Doctor of Education Major in Educational Management May 2005 Graduated with Highest Academic Excellence & Most Outstanding Dissertation