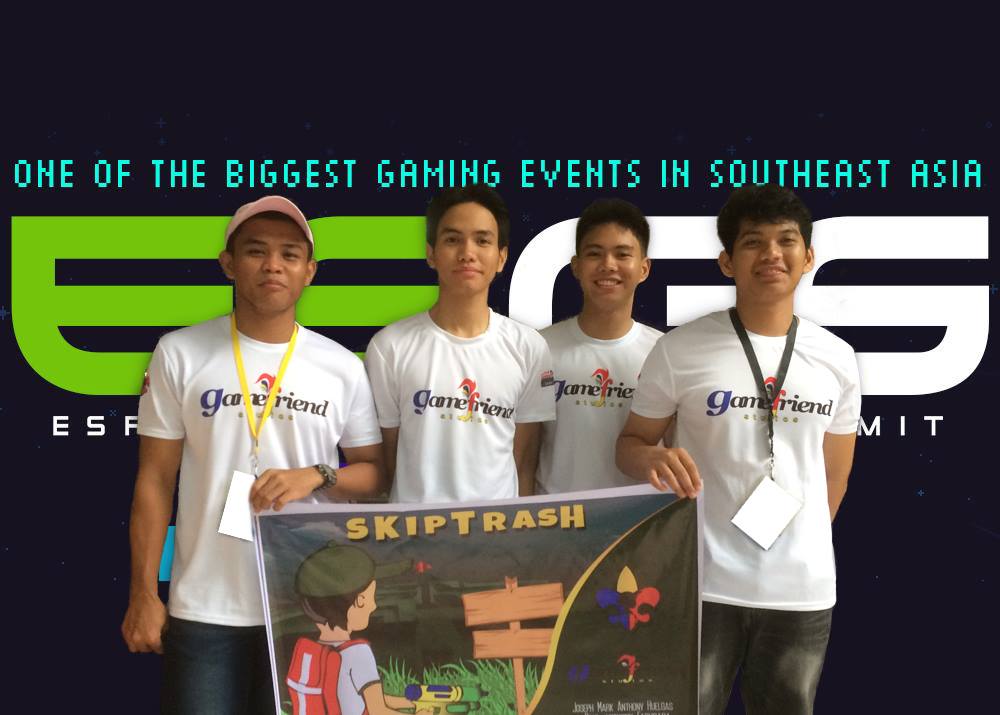 The GameFriend Studios, together with the Playpool Studios represented one team with two games in the event. The Playpool Studios with game Little Johnny, consists the team of Alyxx Lemuel Mitra, Glaidel Anne Guinabo and Dolly Faith Untal. Both groups were chosen to represent the University of Saint La Salle – Bacolod, the only finalist school outside Manila region. The team, together with their thesis adviser, Dr. Eddie G. De Paula, attended the 3-day event at SMX Mall of Asia in Pasay City, October 26-29, 2017. They showcased the game to around 20,000 convention goers, including the big people from the game industries who gathered for the ESGS 2017.

Finalists were judged during the event by secret judges and through an online voting system. After the event, both the games Skip Trash and Little Johnny became nominees for the ICT Creative Awards in the Best Educational Game Category. The Skip Trash was also nominated for the Most Innovative Game Category.