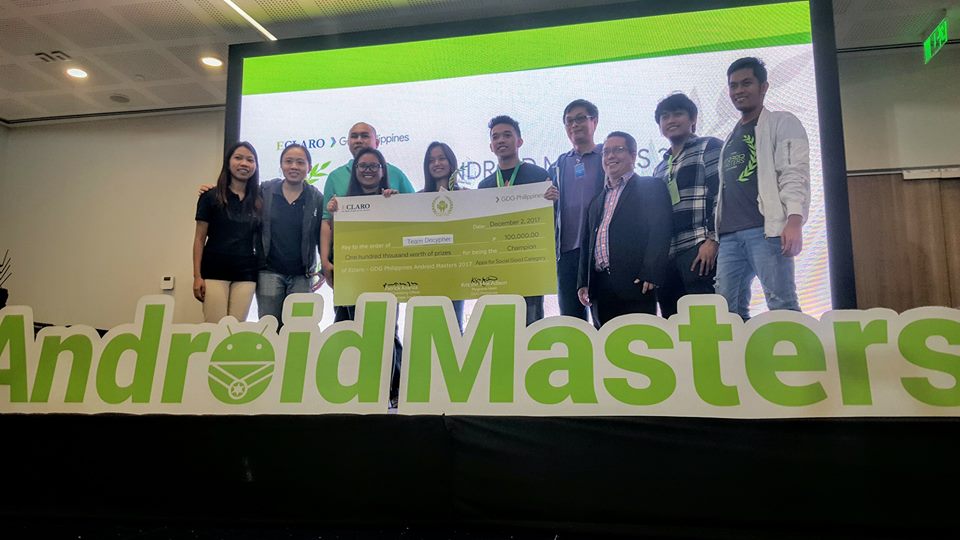 The team is composed of Edbert Jason Esteves, Trisha Gayle Duron and Meagan Hofilena , under the mentorship of Rics Rojas, a faculty member of the Information Technology Department of the College of Engineering & Technology.

After the preliminary judging last November 4, 2017,  the “Vessels” app developed in partnership with the Negros First Provincial Blood Center was one of the top 5 apps under the social good category to make it for the final presentation and judging.

Android Masters is a collegiate inter-school Android app development challenge. It is open to all universities and colleges across the Philippines. The main objective of the program is to encourage students to develop their creative app ideas and publish it to Google Play Store. The event was organized and presented by GDG Philippines in partnership with EClaro Philippines.