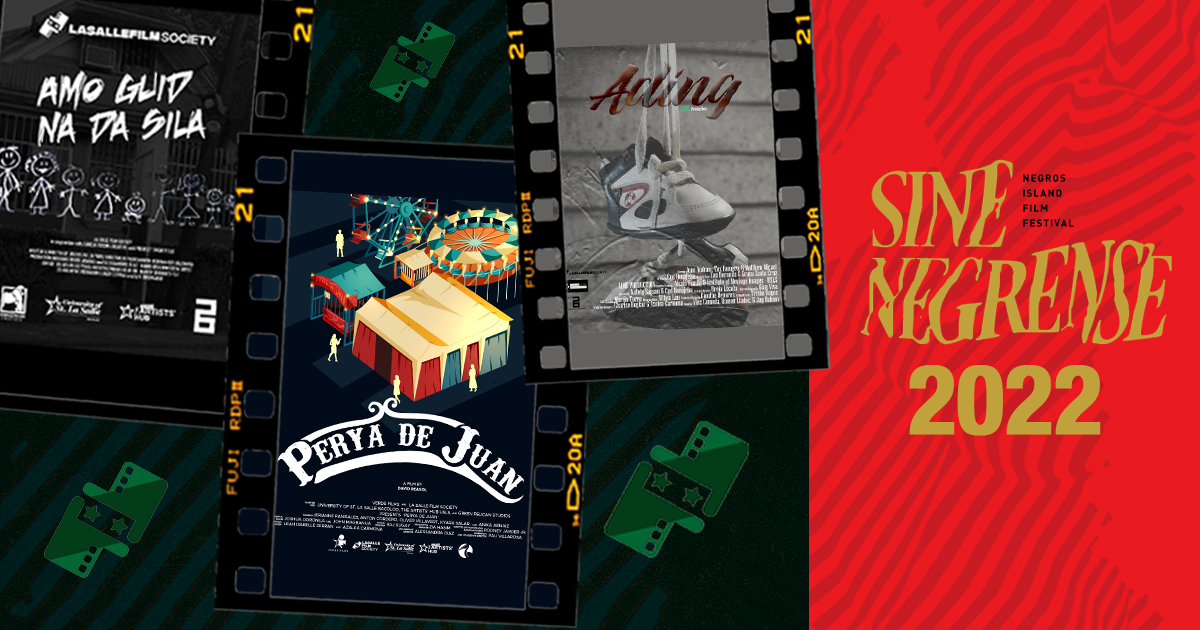 Three La Salle Film Society (LFS) entries are among the official selections in the Sine Negrense: Negros Island Film Festival 2022 and will be screened at the Cinematheque Centre Negros until Nov. 25.

The LFS films “Ading” and “Perya De Juan” are in contention to win awards in the Intercollegiate Category while “Amo Guid Na Da Sila”, a film by multi-awarded director and LFS Artistic Director Julius De La Peña, is a finalist in the Open Category.

This is the first time since the inception of Sine Negrense that LFS sent entries to the said film festival.

“We are optimistic that stories we’ve conveyed in each of the LFS film entries will resonate not only among Negrense viewers but also to film enthusiasts all over the country and the world,” De La Peña said.

Meanwhile, “Ritmo” by Zack Verzosa and “One-Eyed Pig” by Thomas Gucaban are also finalists in the open and intercollegiate categories, respectively.

Viewers may support these Lasallian film entries to be this year’s People’s Choice Award by voting through these links:

Sine Negrense is a film festival that aims to provide a viable outlet of expression and bring out a new generation of filmmakers and enthusiasts.

The Awards Night is scheduled on Nov. 26 at Cinematheque Centre Negros.