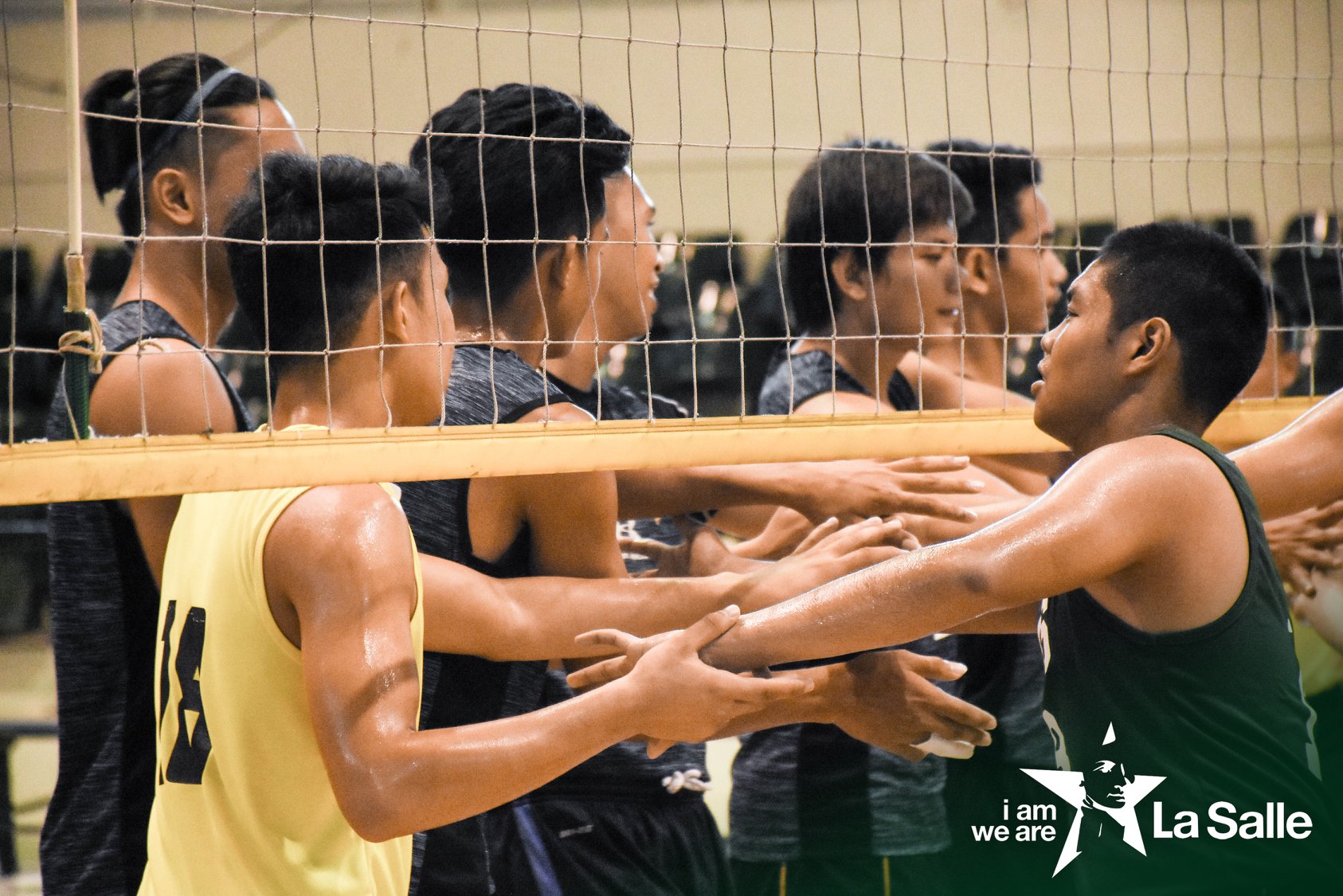 Exhibition game between USLS and CPU

Once again the Stingers Volleyball Boys proved that they own the court.

During the Volleyball Exhibition game at the St. La Salle Coliseum between the University of St. La Salle and the Central Philippine University-Iloilo, the Stingers conquered the floor.

During the start of the first set, La Salle immediately marked their home court by scoring 4 points in a row.

CPU rallied back and showed their grit but La Salle stood their ground and ended the first set at 25-18 in favor of them.

When the second set started, CPU bounced back and scored first.

The Stingers earned the set point for second set and ended it at 25-16.

The deciding set was full of rallies and heat as both teams gave it their all.

In the end, the USLS Stingers won the match point and ended the game at 25-17.

In success and defeat, sportsmanship was still present. Both teams shook hands and stood side-by-side for the picture taking.

The Vice Chancellor for Mission and Development, Mr. Geoffrey Bob Bergante was also present during the match to show his support for the USLS varsity athletes.

The coliseum was filled with pride and cheer as Lasallians took in this glorious moment.