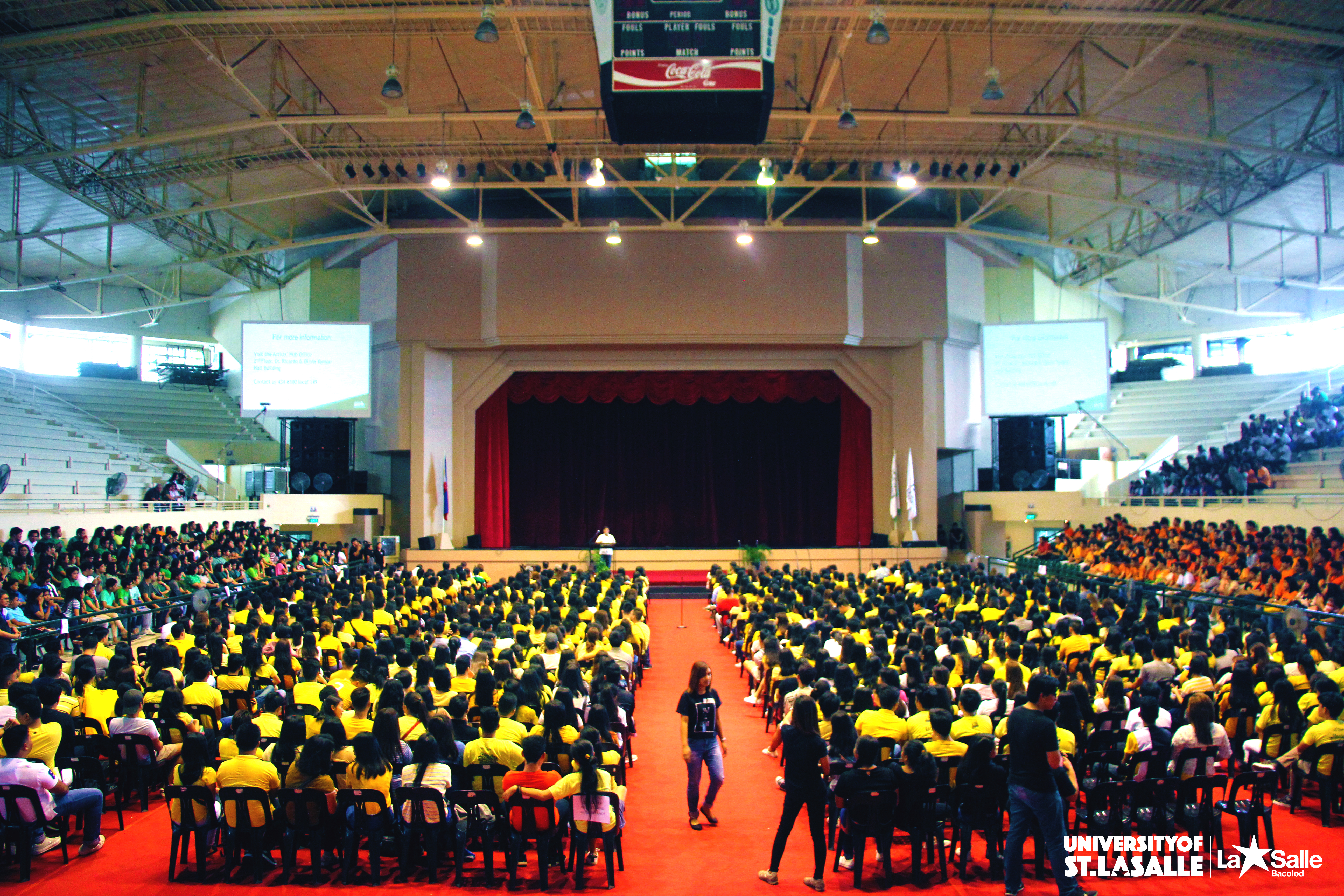 After two years since the implementation of the K-12 Curriculum, the Lasallian Freshmen Awareness Program (LFAP) once again welcomed incoming Lasallian freshmen.

LFAP is an orientation on what to be expected by students as they enter the University of St. La Salle.

Part of the program is an introduction to the life of the founder, St. John Baptist de La Salle including Lasallian hymns and prayers.

The first half of the orientation was held at the USLS Coliseum and was attended by first year students.

Students were then sent to their respective college orientations in the afternoon.

LFAP is the first step to the Lasallian adventure that awaits for them.