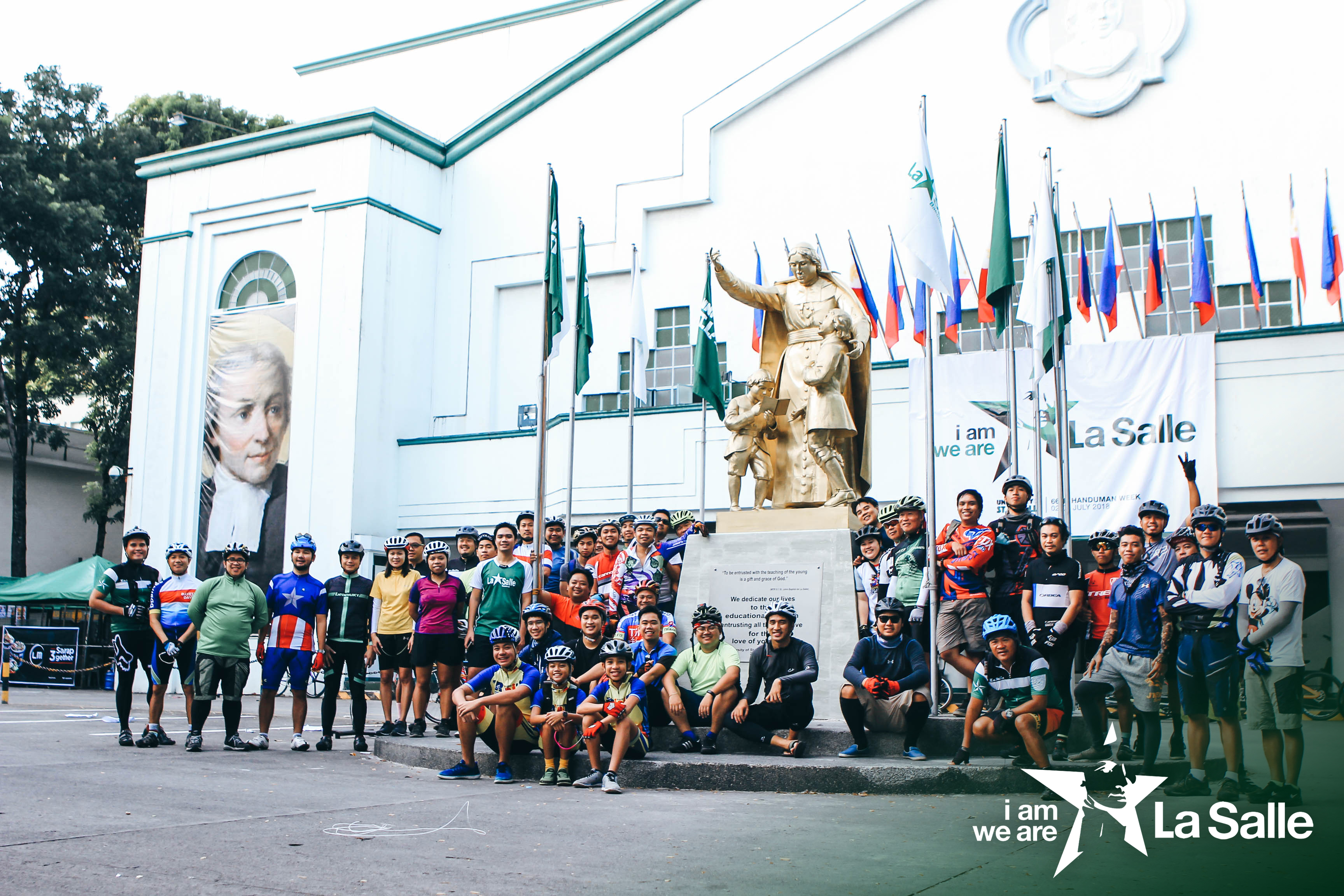 Re-Charge of the Green Brigade

It was an early start for the third day of Handumanan Week 2018 as Bike Enthusiasts of the University of St. La Salle assembled at the St. La Salle Coliseum for the Re-Charge of the Green Brigade—a bike ride from USLS to Bahay Pag-asa Youth Center in Barangay Granada.

Around 50 bikers were warmly welcomed by Br. Dan Fenton, FSC, the staff, and the residents of Bahay Pag-asa.

The residents prepared a hearty breakfast of sweet potato and banana freshly picked from their own garden. A Fellowship followed the meal, which was facilitated by Br. Dan.

Back in campus, the students of the Integrated School gathered in the coliseum to play with the La Salle Brothers.

Br. Vince, Br. Butch, Br. Joseph, Br. Irwin, and Br. Miggy joined the children in the parlor games that the teachers have prepared.

The pupils of Kindergarten ran around the coliseum floor as the Brothers tried to catch them during the game of “Fisherman.”

The Grades 1 and 2 students played against each other for the “Kalamansi Relay.” Their peers enthusiastically cheered on the side as their classmates carefully balanced their way to the finish line.

The coliseum overflowed with laughter and smiles as the Brothers and children bonded over play time.

Later that afternoon at Santuario De La Salle, the university gave recognition to the employees who stayed steadfast in their commitment to excellence and loyal to the mission of teaching minds, touching hearts, and transforming lives.

The Vice Chancellor for Administration, Ms. Charo Mae Cordova gave a warm opening speech in which she pointed out that the children are the future and that teaching them is a noble job.

Service Awardees are employees who have been with the university for 10, 15, 20, 25, 30, and 35 years. The hall was drowning in applause as Mr. Teodoro Malubay, Jr., the only awardee for 35 years of service went up the stage to receive his award.

The THOMAS awardees, Merit awardees, and Perfect Attendance awardees followed. The ceremony was prepared by the Human Resource and Development Services.