Chairman Cusi continues to be a generous benefactor to the Lasallian mission of education. With his advocacy in developing world-class Filipino entrepreneurs, he signed a prior agreement with the same university in 2019 establishing The Cusi Annual Scholarship Grant for BS Entrepreneurship, which now has 9 active scholars in their junior year in college. Once again, the USLS community acknowledges and deeply appreciates Mr. Cusi’s latest gesture of benevolence for the benefit of our deserving medical students

Truly, Mr. Cusi is the epitome of a true Lasallian. He has proven through his own life experiences that one can pursue many interests and  excel in them as well. Despite his illustrious professional career and numerous achievements in various fields, he never ceases to learn and gain wisdom, while remaining in the service of others.

Following is a summary of Mr. Cusi’s qualifications, professional background and notable accomplishments:

WATSON’S AWARD
Was awarded by Watson’s Singapore as the best deodorant manufacturer 10 yrs. ago and was No. 3 in Rank after Unilever & Procter & Gamble. 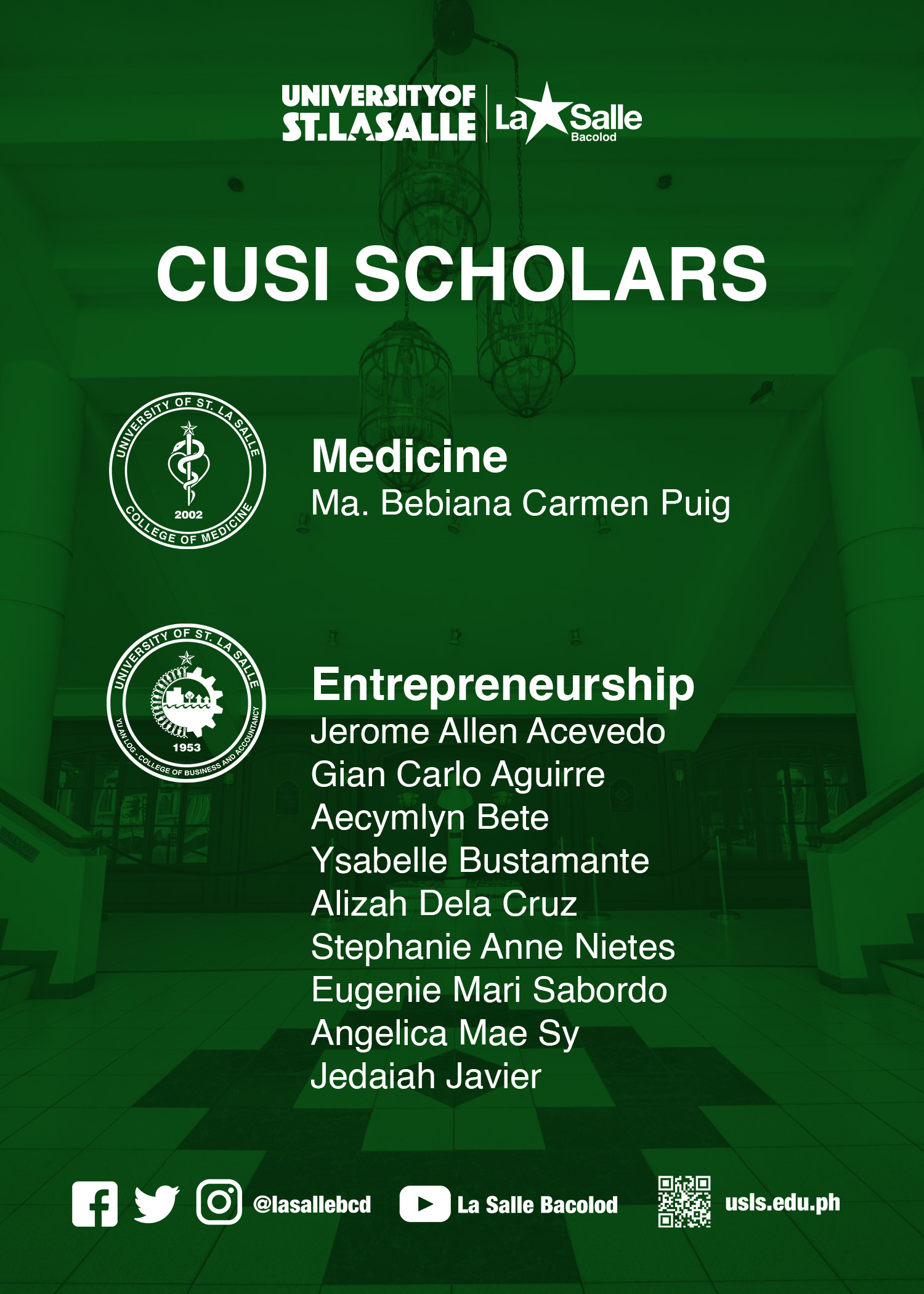