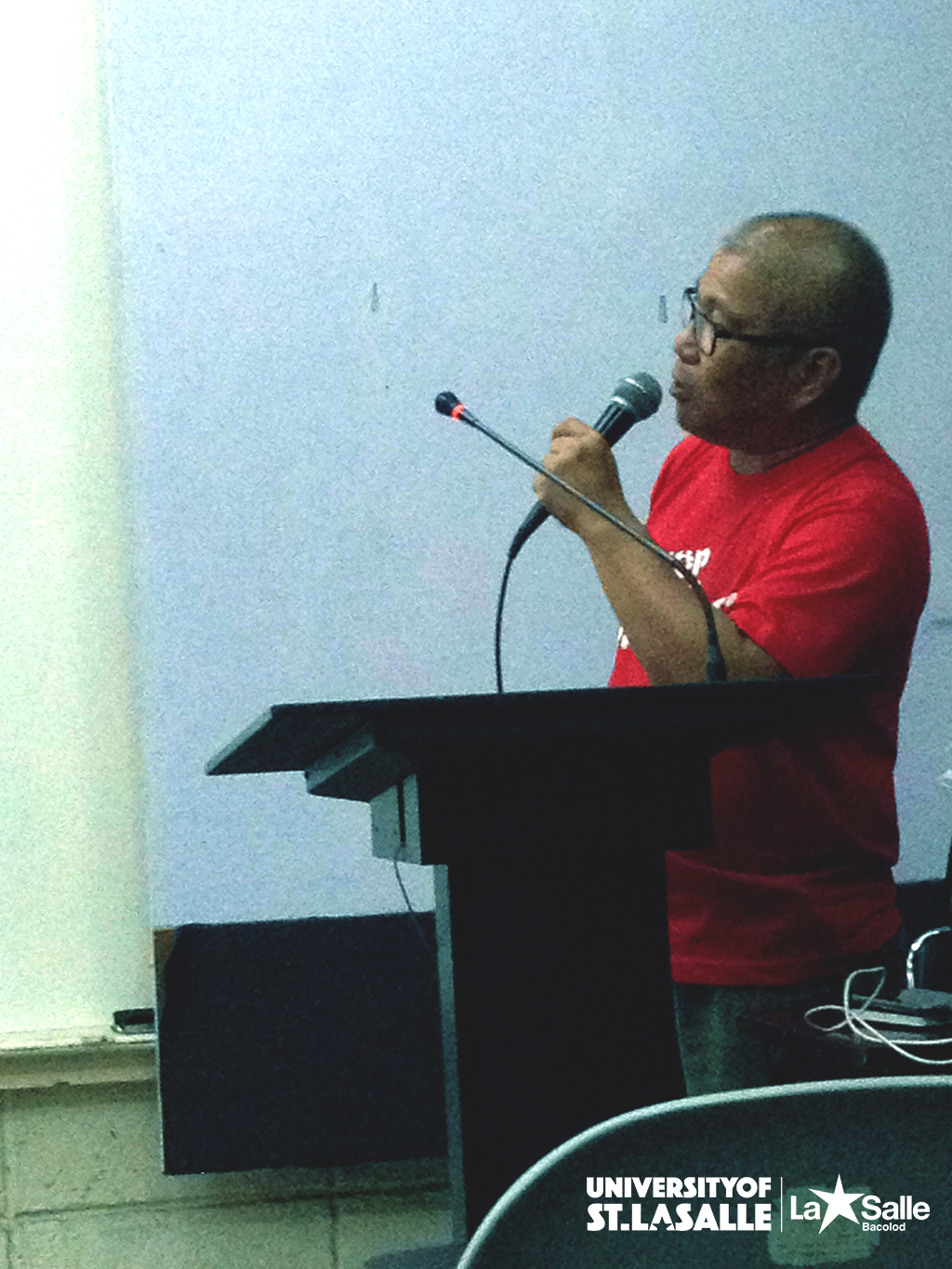 Nonoy Espina, the Director for National Union of Journalists of the Philippines (NUJP) gave a talk on Press Freedom at Cody Hall A of University of St. La Salle.

He highlighted the importance of detecting fake news especially in this fast paced world.

Espina mentioned the Chrome store extension, Fakeblok, which helps in monitoring fake news online and notifying readers of the credibility of the news.

He reiterated the value of education through Media and Digital Literacy.

“In approaching ideas, one must be open rather than shutting out ideas,” Espina said.

The talk was attended by members of the USLS Publication, The Spectrum.

Together with Espina is the Editor-In-Chief of Sunstar Bacolod, Marchell Espina.

This was among the series of talks given by NUJP to schools and universities in the Philippines.