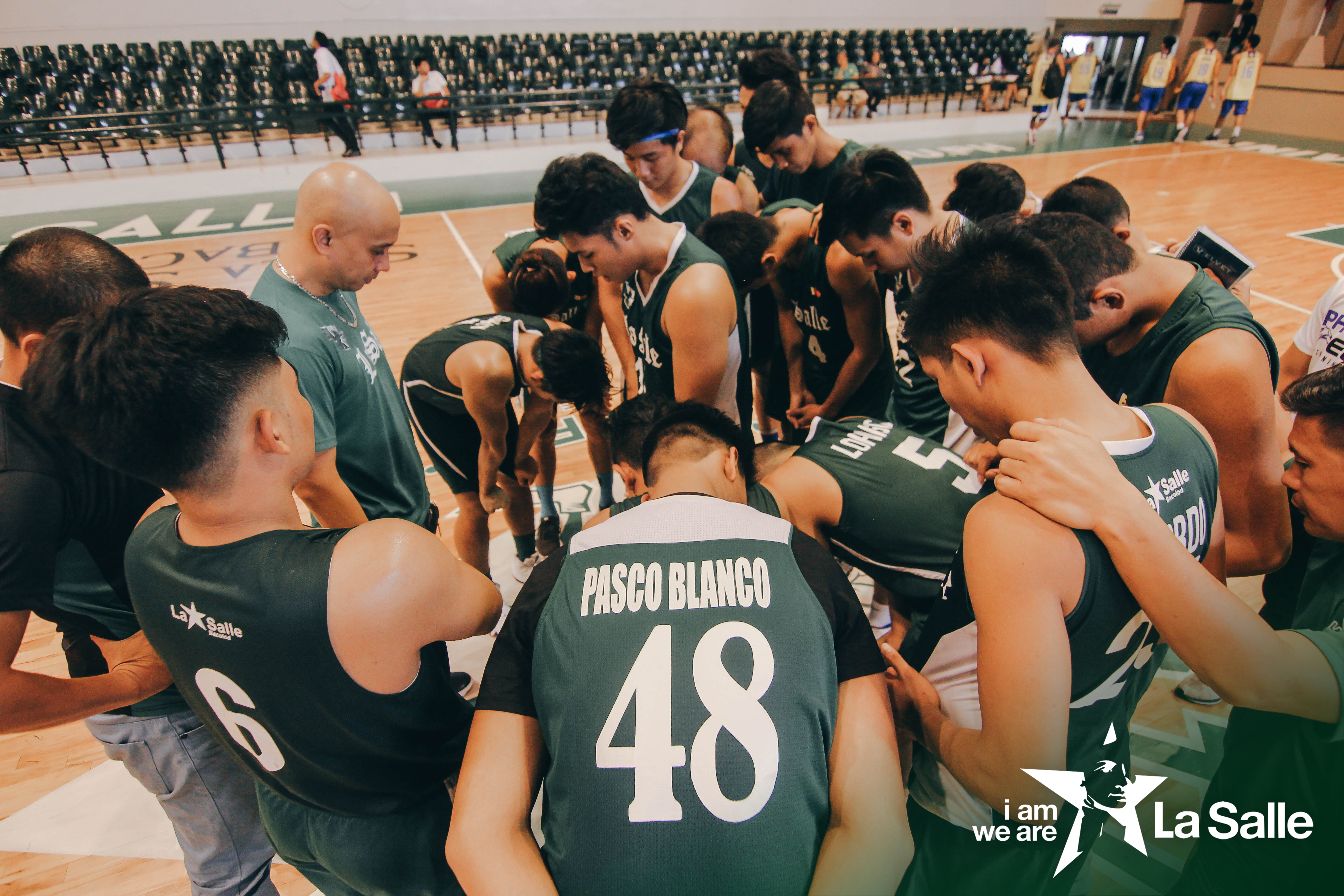 The USLS Stingers praying together

As part of the Handumanan Week 2018 Celebration, the La Salle basketball varsity athletes played with the Silver Graces in an exhibition game.

The heat was on when Geolingo of the Silver Graces charged in with a 2-pointer shot, which started the game.

Besa of the Stingers rebounded with a 2-pointer shot, the first score for the team.

Silver Graces led the race with a big point difference but the Stingers managed to catch up in the third quarter, leaving the scoreboard at 59-52 in favor of Silver Graces.

In the fourth quarter, Cruz of the La Salle stingers made a three-point shot that earned cheers from the audience.

As the clock ticked down to zero, the Silver Graces came victorious with a score of 75-69.

The Stingers were gracious even in defeat as they walked towards their rivals and offered congratulatory handshakes.

After the picture taking of both teams, the Stingers formed a circle in the middle of the court and prayed as one team.